Here is a place I found in a dream

Here is a place I found in a dream.

Here is a room beside a creek. The creek ran through forests and meadows once. Over time so many bridges crowded together over the creek that now where it flowed could only be called a tunnel. In the tunnel was hidden a door that had once been an exit. Here is behind the door and the forgotten exit is the only entrance.

In the dream was a loving rose who only wanted to bring his wife joy. Every year the roses would visit rose orchards as tourists. Each year the rose wife wanted a picture under the stars and among the other roses. Every year she got her picture. And every year she was disappointed. She always felt she wasn’t as beautiful as the other roses. She’d feel she had bloomed that year in not quite the right colour. Or she’d feel that she had bloomed too early that year and her petals looked old against the others. Until one horrible year a frost hit and it was horrid, blotchy, florid carnage as far as the eye could see—and the real horror came when she saw herself in it and part of it and nothing, especially her, was beautiful.

At that point the rose husband decided to find a place where she would always grow beautiful and could be happy. A place with no frost, no feet to trample her, no animals pissing on the ground around her—just soil, light and water so she could grow the way she wanted and be as beautiful as she knew she could be. The rose husband knew of a creek that ran past an old friend’s house. The rose husband’s friend was a builder.

Just down the creek from the house was the first bridge over the creek. Under the bridge was a paved path and a sort of shelf that was formed by the pediment of the bridge’s support. On this pediment under the bridge where frost would never touch, the rose husband’s friend made a flower box of concrete with a clever device that watered it from the creek and an electric light above. Everything was perfect for the rose wife and she was happy. And because she was happy the rose husband was happy.

In the dream, in the way you know things in a dream, I knew that over time more and bridges crossed the creek, buildings surrounded it, its bed was paved and eventually it was covered completely. The flower box remained untouched. The clever watering device never failed and the light never burned out.

The dream stuck with me when I woke up. I knew there were dozens of creeks under the city, long ago channeled and paved over. More than a century ago people got their water from pumps and wells that drank from these old creeks before other better and more sanitary ways to distribute water were built. The dream made me want to explore under the city.

Surely there were people who worked for the city and maintained these tunnels and so a department that knew where they all were and how to get it. I asked and in every borough I was refused. “No public access, too dangerous,” was always the answer. Where the creeks met the river that ran through the city was the obvious place, and being obvious they were heavily barred. I looked at maps, then older maps, and then older maps still to figure out where the creeks were hidden and where one might get into one. Eventually I found an old map that showed an entrance that was not on any newer map. It was probably an entrance that had been sealed up and forgotten. I went to look.

At first the tunnel the creek ran though was dark. It was wide and there was a raised, dry walkway along the wall, like a subway platform with the creek flowing where the tracks should be. At some distance around a couple of bends there was light. Just a little glowing around another bend at first, then brighter around the next bend, and before long well lit and clean, which was a very odd thing for a lost place to be.

As I continued things became stranger still. Deep in this tunnel that I had expected to be abandoned and forgotten, not only was it clean and well-lit, but there were things left along the side of the walkway, next to the tunnel wall. These were not the campsites of homeless people, but more like a flea-market or swap-meet, but better. There were no natty old clothes, worst-selling books, and other sundry kipple. There were fabulous used shoes in many sizes, mostly in styles for goths and punks. There were magazines—not the unreadable and unread copies of “People” and “Time” like one would find in a dentist’s office. Rather they were art and literature periodicals, alternative fashion magazines, music periodicals and such. All creative topics and I soon noticed that virtually all of them had pages that were bookmarked or dog-eared to mark some particularly interesting article, image or layout. They were left to be read and re-read. There were print-outs and photocopies of articles. There were hand-made ‘zines, journals and sketchbooks left to be thumbed through.

One sketchbook I picked up had some portraits of an old friend in it. Finding that was finding a piece of a person I should know, only one step removed, that had been left here to share with people unknown. And now with me.

It was compelling to stop and carefully look at everything, outweighed only by an irrepressible curiosity as to what might be around the next bend. The wealth of interesting shoes and clothes, all in good repair, and the creative offerings increased around each subtle bend in the tunnel. I’ll unabashedly admit, the hope of finding a truly brilliant pair of Fluevogs from the 1980s in my size kept me moving upstream.

Just before the end of the walkway, where the only way to continue was to pass through a door or wade up the creek, was a rectangular indentation in the wall about a metre and a half above the level of the walkway. It was about a metre deep and three metres long. In the corner furthest from the door was there was an opening in the top of this alcove, perhaps an old air-vent. Whatever it once was, water trickled in from it. And there was a clever trough redirecting that water to a concrete box that was about about a metre square at the other end of the alcove. The box was filled with dirt and above it was a magenta grow-light. In the box grew a small rose bush sporting two opened blooms. It was the rose wife and the rose husband here before me in real life.

The door beside them was the sort of metal door frequently used on exits. The sort that would have a push-bar on the inside and no sort of handle on the outside. This one, however, had a door-knob. It was crystal, Edwardian in style and it seemed to have a faint glow which may have been a refraction of the grow light and the illumination in the tunnel, but I’d rather believe a more magical source.

Here was the room behind the door.

It was an enormous room with a cobbled floor and barrel-vaulted brick arches. There were low walls between many of the supporting pillars, metal rings hanging from loops embedded in the brickwork, and other evidence that this had once been the lowest floor of a multi-storied stable that had been otherwise demolished and built over. I’d long since lost track of where I was in relation to the surface so I can’t say what is built above. Like the tunnel, it was well lit and I couldn’t say where the electricity was tapped in from.

The offerings in the tunnel were just nuggets. Here was the motherlode. In Here was an exchange of creativity that was nearly unimaginable. There were display cases, some so large they must have been built in situ, containing curious sculptures and miniatures. There were shelves of obscure and fascinating books, notebooks and sketchbooks of unsurpassed brilliance. There were racks and walls of cubby-holes filled with costumes. Among all this there were hand-sewn cushions, some on benches, some on rugs on the floor and leaning against the walls and pillars. Paintings and tapestries were hung on the walls, and hanging from the ceiling. There were tables with all matter of odd objects on them.

One caught my attention. A detailed and deliberate carving of nothing in particular, beautifully painted and mounted on a wooden base. And with it a note, “Franco, this is what I told you about.” One small example of the brilliance and ability of those that came to Here. Left by one for another, available for everyone to enjoy.

It was impossible not to come back to Here as often as I could. Not once did I ever see anyone in any of the forbidden rooms along the way or in the tunnel, but I would occasionally meet someone in Here. Once I met a girl with a red and green mohawk who told me a story about the more strangely placed pillows.

She explained that she and several friends from Here met at her place on the surface. More than were ever meant to sit on it piled onto her old couch to watch a movie. The strapping under the couch gave out. Not being far away they all came to Here and took pillows to fill the cavern of the collapsed couch and use on the floor while they watched their movie. When they were done they brought them all back and made a game of putting them in the least likely places to put a pillow.

Bringing them back was one of the unwritten rules of Here. No one ever found the place that didn’t somehow grok what Here was for and how it worked. The things in the tunnel were for taking if you wanted them, they were gifts, if the shoes fit and you wanted it you could take it and that was that. In Here everything was to be returned or replaced in kind. If, for example, Franco wanted to keep the sculpture pointed out to him, he had to replace it with something just as interesting. Size, shape, colour were irrelevant. Whatever monetary value might be put on something on the surface was irrelevant. Creativity and being interesting were the only values in Here. Creative and interesting things were often left in the tunnel for others to bring in and exchange. There was a balance and no once found Here that did not know that.

That being said, there is one thing it is impossible to leave Here without: ideas.

I am glad you are still alive...or were only a few months ago. I missed the way you write and the things you write about; I came looking for you. I hope you are well. <3 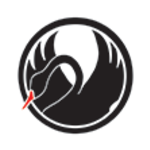 Yup. Still alive. For a while there I didn't want to be, but I got through that and all is well now. I've failed miserably at snail-mail writing, but if you still have LJ, I'm still there (mbarrick.livejournal.com)