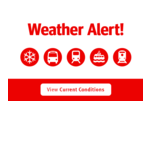 It started snowing a little before 4:00. I left work at UBC at 5:00 and walked to the diesel-bus loop. It was already a tragic shit-show. One articulated bus as stuck at one end of the loop. There were multiple "transit supervisor" vehicles, but no actual supervision and a lot of chaos. I walked over to Bay 1a for the 480 and there were already enough people to fill an articulated bus waiting in line. I waited for a bit and watching what was going on with the other buses. A 43, a 49 and 41 went by, all stuffed past the red line. But 99s were leaving as fast as they came in and not entirely full. A 480 arrived, but it was just an ordinary bus, not an articulated one, so I wasn't going to make it on to that one and it was unclear when I would see another, so I went back to the main loop to see what I could get that would at least get me to a Canada Line station.

Given the massive line-ups for everything I decided the 99 to City Hall was the way to go. One started loading and everybody was only piling into the rear-most door. I walked up to the front door, but the driver closed it before I got there, even though the bus was no where near full. Despite the fact people were still boarding in the back he did not reopen the front door and in a few minutes, just left, ignoring me and the few others who had walked up in the mean time.

Not a big problem, though. Another 99 pulled in right as he left and soon enough I was sitting comfortably and on my way. Broadway was pretty clear and everything was moving pretty much normally. I thought about getting off at Granville and taking a 10 to Hellhole, but when we got there I decided, no, the train would be faster and I could pick up a couple things at the Shoppers at Marine Station on the way. I figure this is a safe bet, since while the bridge over the river (where I ride my bike) tends to have problems in the snow, the trains always still run to Marine Drive Station when that happens.

I went into City Hall Station and it was a scene from a zombie apocalypse. The floor was slick with melted snow so people were shuffling just like zombies. There was even one guy standing at a gate allocated as an exit, repeatedly trying his card despite the illuminated red X marking the gate as an exit, oblivious not only to why his gate was not working, but also to the people streaming by through the clearly-marked green entrance gates.

Naturally I slotted in behind that one person who doesn't understand how the 14 other cards with RF chips in their card-purse could possibly interfere with the magic Crampus Card and ,rather then extract the card while approaching the gate and gliding through, prefer instead to jam their wad of cards against the reader 47 times, each time at a slightly different angle, until the magic happens. These people are the same people who hit elevator buttons, crossing signal buttons, mouse buttons, enter keys, doorbells, etc. 47 times if they don't work immediately.

Rounding the corner, the apocalyptic scene is continued on the concourse. There are a lot of people on the concourse, not moving toward the platforms at all. Some are jamming their fingers against the screens of their phones. Other are just looking around in lost confusion. Through the glass I can see that the platform is absolutely packed. Fine. Whatever. So I have to wait a train or two to cram myself on one. Big deal.

I look down at the next train marquee to see how long I'm likely to be waiting and see, to my horror, that the trains are only running as far as Oakridge Station at 41st. Not Marine Drive Station. Not even 49th. And 49th Avenue Station is still in the tunnel! How can snow be affecting an underground station? Then again, how can a whole city grind to a halt over and over again with every dusting of snow?

Fine. Back out to Broadway. Do I catch a 99 back to Granville and catch a 10 like I realise I should have done? It seems a better idea to go to the milk-run stop rather than the express stop so I can catch a 9 to Granville or just get a 17 home, whichever comes first. Well, a 9 came first, but it was full. But I've already seen a 17 going the other way, into town, so I have some small confidence that one may return and decided to hold out for a bit.

While I am waiting I overhead someone talking on their phone, telling someone that they have been waiting for 35 minutes and have not seen a 17. As I am internally debating whether this is a bad sign that they are not running, or a good sign that one should be along shortly, I do in fact see one pull up to the light at Cambie and Broadway. Good. Fine. I'll be on my way shortly.

But to my renewed and slowly freezing horror the interior of the approaching bus is filled with a black mass with a thousand dead eyes like a shuggoth escaped from the frozen wastes of the Antarctic Mountains of Madness. This bus is more than full. But the diver stops anyway and allows a tiny number of people to cram on. I am the last one allowed. Despite my precarious and illegal position far forward of the red line, with nothing to hold onto by the coin-box, I am glad to be moving.

Each stop involves a heroic and wonderfully polite shuffling of people when one or two get off the bus, one or two get on, and those remaining settle toward the back with each shuffle, like shaking a bag to get its contents to settle just enough to tie it off. The collective misery is being well handled. Almost everyone is contorting to the best of their ability to allow people to exit and vocally relaying the message to the driver to wait until everyone trying to exit has managed to do so. When a seat is vacated it is invariably being offered to most elderly and frail looking person within able to reach it. It's all very Canadian.

Eventually, by about 20-somethingth avenue I've shuffled all the way from my initial position holding on the coin box to the very back row. The guy beside me is somewhere between one and two decades older than me. Despite my headphones he is offering up his common-place opinions on Vancouver drivers in the snow, the inefficiencies of transit, the ineffective nature of the municipal government under "Mayor Moonbeam", complete with the requisite low opinions of bike lanes. There is nothing to do but take off my headphones, because he is not going to stop talking at me. I make some conversation about previous snowfalls, which shocks him into realising that I am "from here." At the same time another occupant of the back row starts chiming in and I realise the back row is populated, including me, with middle-aged white guys. The conversation now happening across me assumes a certain level of neoliberal conservativism and casual racism and it is embarrassing me. Actually debating these entrenched positions in this context would be a Sisyphean task and about as much fun as poking a bee-hive inside a closed attic. I try instead to redirect the conversation and extract myself by mentioning that this isn't my usual way home and if things get much slower I would have been able to have walked home from UBC faster. This works. My ivory-tower taint makes them all realise there is a commie/socialist/feminist/liberal/what-have-you "them" amongst their "us" and the conversation changes to whether it would, in fact, be better to get out and walk at this point.

After about 47th Avenue the traffic slows down to a crawl and the bus is noticeably starting to slide whenever the brakes are applied. An ambulance passes us. Clearly there is an accident ahead. The bus carefully navigates around an abandoned car in the curb lane. Then another one. Between 55th and 56th we pull in behind a long line of trolleys. Even tough we are on a diesel and could go around, the driver stops behind the trolleys. He doesn't actually request anyone exit, but for me and many others, that's it, time to start walking. As I walk past small groups of drivers I overhear that they have been instructed to stop and wait because of an accident "near the bridge."

As I am hiking down the street I'm actually kind of amazed that people are managing to drive on it at all. Whole blocks are solid sheets of ice. I'm crossing side-streets with controlled sides rather than any attempt at walking. Somewhere in the mid-60s the diesel I was on catches up to me, having decided to go around the trolleys, but I end up passing it again before 70th. Walking was the right idea.

As I am approaching the front door of my apartment a non-articulated 480 bus crosses Osler at 71st with the "Sorry Bus Full" message on. I'm almost certain it is the same bus I knew I wouldn't get on that pulled into the bus loop at the beginning of the story. I'm pretty confident that if I had waited for the next 480 I would not have made it home as quickly. "Quickly" being about three hours. I'm also pretty confident that if I had just walked the whole 12.7 kilometres without attempting to use transit at all it really would have been quicker.