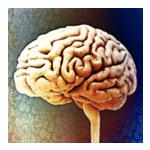 In October 2013 I managed to get whooping cough. That's a whole story unto itself, nonetheless, as coughing generally resulted in asphyxiation and unconsciousness, trying manage anything that might trigger coughing was a priority. Allergies were a trigger and so I started taking antihistamines. Loratadine (Claritin) wasn't effective, so I tried diphyenhydramine (Benadryl - although I was taking the generic Shoppers Drug Mart "Life" brand) and that worked, even though they were only effective for about four hours. I was taking them every four hours. I was also using pseudoephedrine decongestants. And in combination I was depending on the sedative effects of the diphyenhydramine to let me sleep through the stimulant effects of the pseudoephedrine.

As the whooping cough wound down and I felt well enough to go back to work without fear of coughing myself into unconsciousness, I managed to to pick up an ordinary cold as I came back in contact with people in mid-winter. That set off a whole new round of asphyxiating coughing which now included grand-mal seizures.

Many tests were done including a CT-scan and a couple EEGs but there was no conclusive cause for the seizures. The best guess as the pseudoephedrine, so I started taking less of that. I was also kind of happy that it didn't seem like I really needed the pseudoephedrine. The whooping cough had forced me to stop smoking and I discovered that a lot of the regular congestion I had attributed to the effects of smoking, being around smokers my whole life (both parents) and to having "bad sinuses" turned out to have more to do with allergies I didn't know I had so I kept up with the diphenhydramine.

But I had caught the whooping cough in the first place going to visit my mother in palliative care for the last time. She had been descending deeper into dementia for years. She died as I got sick, and I was too sick to attend the memorial. That was, to say the least, depressing.

As I came out of being sick, I was depressed. My wife also lost not one, but two people important to her, so not only was I depressed, but I didn't feel I had the right to impose my grief on someone who was grieving. But I also came out feeling addled, fuzzy, unable to concentrate or remember things as I had before I got sick, and I couldn't focus both in the figurative mental sense and the literal visual sense. I was sure that even though my CT-scan and EEGs were "normal" that I had lost faculties to all the times I had passed-out from asphyxiation.

I was sure that I was going down the same road to dementia that had just killed my mother, and that was another level of depression.

That I couldn't focus mentally of visually scared the crap out of me, and layered on another level of depression. I have and do work as a programmer and a photographer, but suddenly I couldn't keep a train of logical thought together through even the slightest distraction, and I couldn't see thought the viewfinder.

Trying to do my nightclub photo-booths that I have been doing for 13 years became an impossible ordeal. Not only was I having trouble framing shots and focusing properly, but I also had a level of anxiety that made the noise and crowds hard to handle and made the necessary individual interactions with the people I was photographing exhausting and unpleasant for me. So I stopped.

I thought I'd take a break until I was "over it". But I just stayed down the same hole. It didn't get better.  I figured that was it. It wasn't going to get better. This was going to be my new normal. So what? Like anyone cares anyway.

Of course my wife cared. But I couldn't see it, so the hole I was in was also a wedge. She suffered through my insufferable dysphoria. She suggested things–therapy, counselling–and I agreed, but failed to follow through for lack of motivation. In fact I thought I was following through as looked a brochures and three years of denial and procrastination passed in a fog I could neither see nor see through. I couldn't even talk about it properly because I was having a hard time formulating my thoughts into words and carrying on a complex, emotional conversation. I made a possibly irreparable mess of our marriage in the process.

Then, a few weeks ago I made an inadvertent change. Tired of the diphyenhydramine pills only lasting four hours, I decided to give some longer-lasting pills a try. I couldn't rememberer what didn't work in the first place that took my down this path. I tried loratadine again and re-discovered that was the one that didn't work. Next try was cetrizine. It worked.

And after somewhere around 24-36 hours something unexpected happened. My depression and dysphoria lifted, I could remember things again, I could think again. It felt, and continues to feel, like a switch has been thrown. I feel like doing things again. I can carry a conversation beyond small-talk. I have less trouble focusing visually (my eyes do still suck, but they suck less). I'm not anxious for no reason.

With my renewed mind I started doing research and discovered pretty quickly that cetrizine idoes not cross the blood brain boundary whereas diphyenhydramine and loratadine do. Diphyenhydramine has a host of side-effects, sourced from a manufacturer, listed below with the ones that were affecting me that have just suddenly gone away in bold.

And in addition to all this, I found other research papers and studies linking diphyenhydramine with seizures. So whatever exactly went wrong when I got my post-whooping-cough cold/relapse the wrong guess was made about the contributing factor of the drugs I was taking and I went down a pretty awful path for the last three years.

Now I have a mess to clean up. I can't say if my marriage will recover. The fact that I can think and feel again has landed me in a place where what I am stuck with now feels wickedly unfair. It's like I've crawled out of a hole, ready to face the world again, and found that my world has gone to shit while I was down there. I have a lot of undirected frustration and anger over this situation that's got me in a completely different bad-place now, but at least one that I feel I have some agency over.