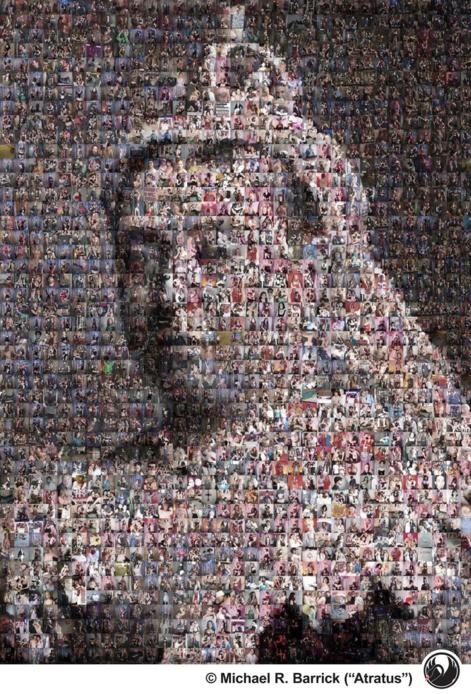 The title is, of course, a play on Queen Victoria's famous words, "We are not amused."

This well-known image and dour image of Queen Victoria in her later years stands as the icon of staid Victorian morality and repressed sexuality, however in her youth Victoria was very sexual. It is documented that, probably due to a hormonal imbalance, she had a sexual appetite bordering on nymphomania.

This image is made up of a composite of over 3000 photos from "Sin City Fetish Night" in Vancouver, British Columbia, selected from the over 20,000 I have taken as the official photographer during the first 11 years of the event.